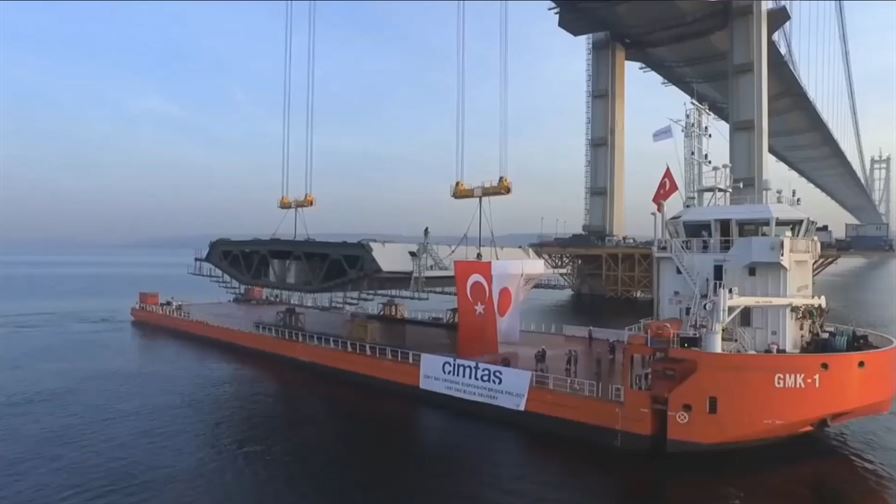 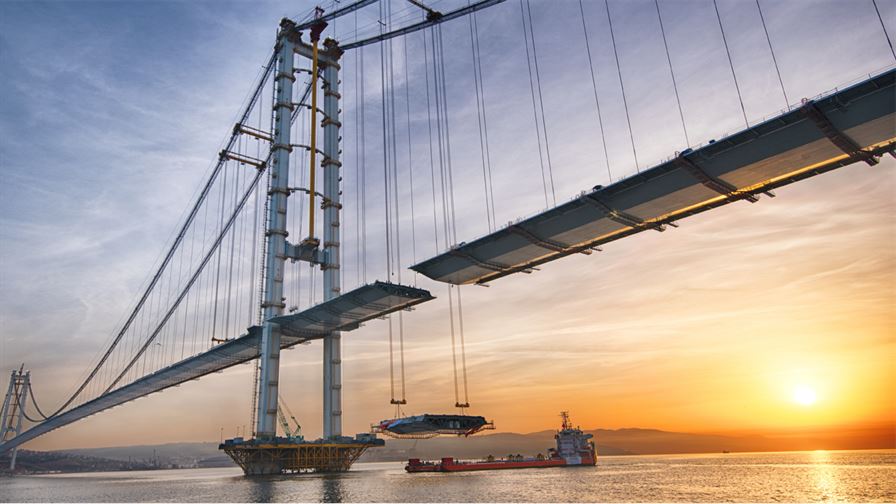 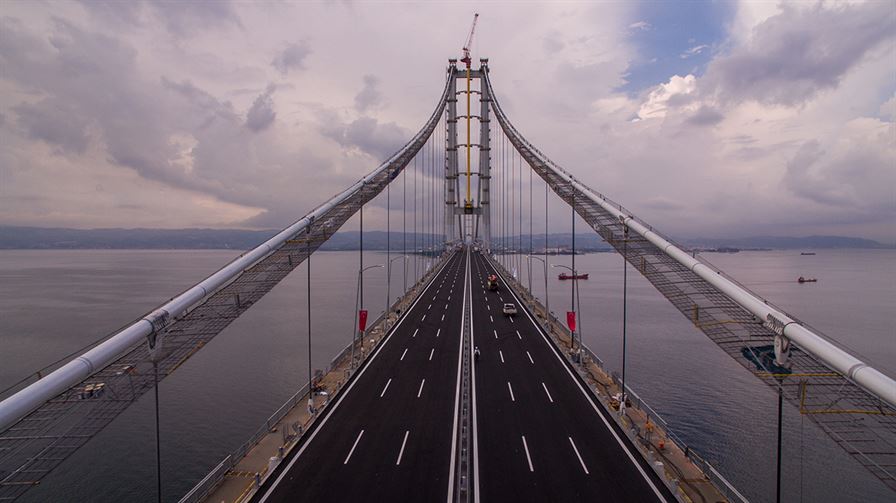 The largest section of the Gebze-Orhangazi-İzmir Highway Project, which will reduce the duration of travel between Istanbul and İzmir from nine hours to 3.5 hours, the Osman Gazi Bridge aims to decrease the overconcentration of industrial operations in Kocaeli's Gebze and Dilovası districts.

Completed within a 39-month period, the world's fourth longest suspension bridge with the largest central span will be opened on June 30, with a ceremony attended by President Recep Tayyip Erdoğan and Prime Minister Binali Yıldırım.

Thanks to the bridge connecting Yalova and Kocaeli, travel between the two sides of the Gulf of İzmit as well as the overconcentration of industrial operations in Gebze and Dilovası is expected to be reduced. Dilovası District Governor Harun Şahin said the bridge was among the giant projects of not only Turkey but also the world, and they hosted a bridge that would mark world history. Stressing the bridge's positive effects on the region, Şahin pointed out that housing and land prices had increased in Dilova, which has the best view of the bridge.

Şahin said a great number of people would swarm into the region, new shopping malls were built next to the bridge with a capacity to employ about 1,000 personnel, and this would provide employment to the region's neighborhoods. Indicating that there were five industrial zones in Dilova, and 20 in the area including Tuzla and Gebze, Şahin noted that Gebze and Dilovası were industrially saturated, and industrial zone prices were too high in those regions, causing industrialists to have serious problems.

"With this bridge, richness and opportunities will flow to the other side. We hear about the establishment of new industrial zones. This will also reduce some of the industrial pressure in our region and will increase living standards."

Gebze's Mayor Adnan Köşker stressed that the bridge was completed in a very short period. According to Köşker, this area is historically important and was valued by Mehmet the Conqueror, and the foundation for the Ottoman Empire was laid here.

Köşker pointed out that Gebze was an industrial city and the bridge, a transportation axis for 13 industrial zones, was really important.

Stating that traffic would be seriously relieved after the opening of the bridge, Köşker recalled how cars were bumper to bumper in front of the ferries before the D100 highway. Indicating that locals highly valued the view of the coastline of the Gulf of İzmit, Köşker said: "Even the citizens who will not pass through the bridge are interested since Eskihisar is a coastal city. While the citizens drink their tea, they will see Kocaeli's illuminated bridge, which will give a different kind of joy. It is not different than Istanbul's Bosporus and the view is amazing in the summer. It will become a place that our citizens living in Istanbul and other cities will wish to see. It has a distinct beauty." 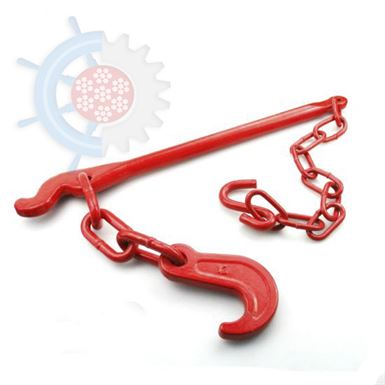 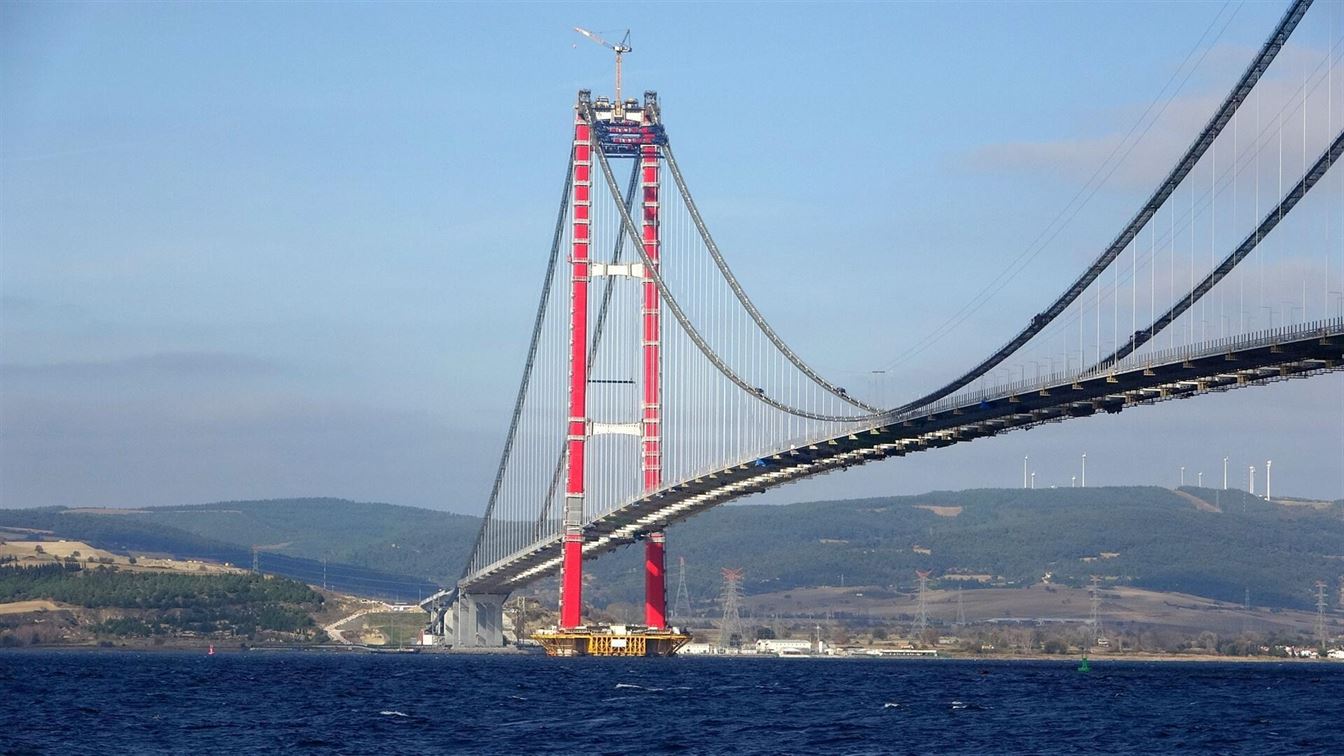 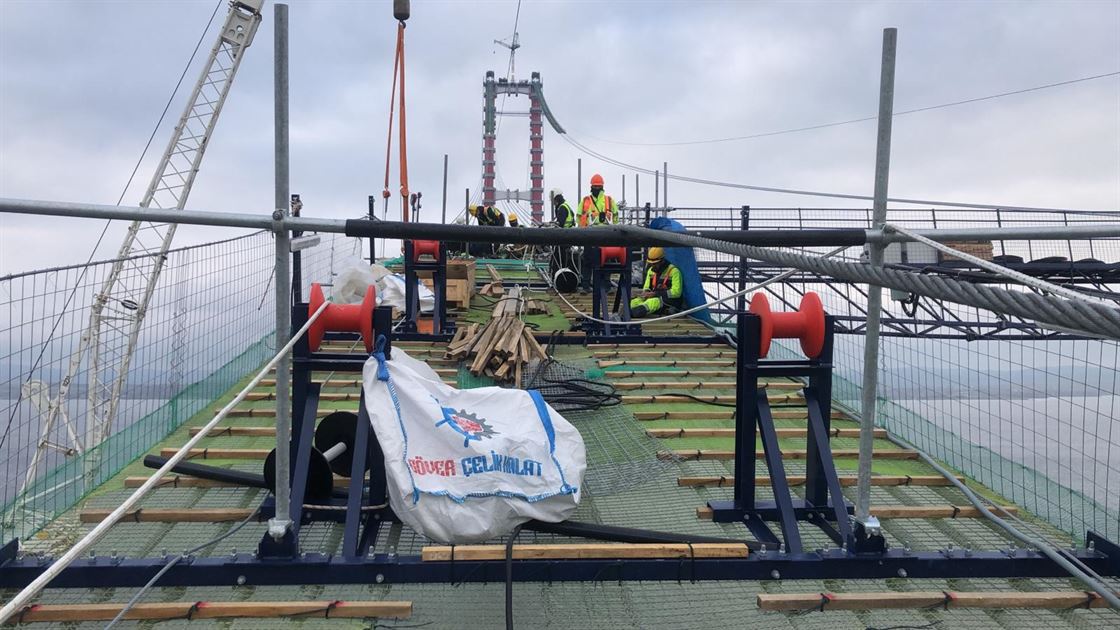